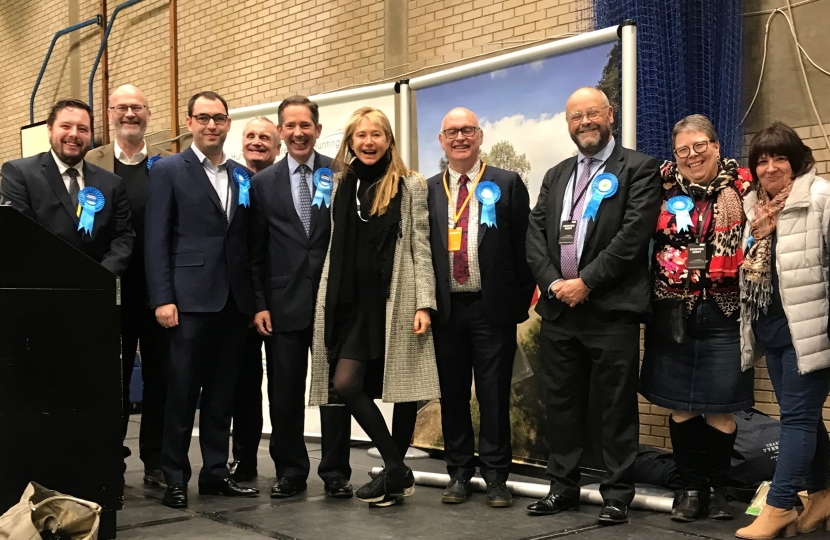 Jonathan Djanogly was re-elected as the MP for Huntingdon after gaining 32,386 votes.

Mr Djanogly increased his majority by over 5,000 votes, polling 19,383 votes more than the Labour candidate.

Speaking after the result was announced, Jonathan said:

“At the end of what has been a long, cold and dark election, I’m delighted to now be stepping into the warm glow of victory in the Huntingdon parliamentary seat, and also to getting back to serving this constituency and its people, who I have so enjoyed representing over the last eighteen years.”

“We live in a time of great change and opportunity in our vast, expanding local community. I look forward to playing my part in ensuring that this constituency and all of its residents move forward together at this exciting time. Also, as part of the Conservative majority that I think will do great things for our country.

“Thank you once again for this opportunity – I shall give it my best.”