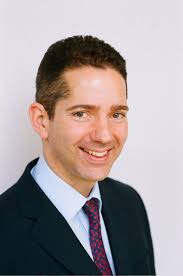 I was born in 1965 and am married to Rebecca and live in the constituency together with my son and daughter.

I have practised law since 1990 and became a partner in a commercial law firm specialising in advising trade and both smaller and larger businesses. In 1994, Rebecca and I set up a mail order retail business. My real life practical understanding of the challenges facing business, both through having run a business myself and advising others, have helped forge my political ambitions to free business from red tape and actively support enterprise and job creation in the Huntingdon constituency.

For relaxation, I enjoy outdoor sports and activities, visiting the theatre, reading good histories and biographies, and appreciating Britain's countryside and heritage.

I have been active in the Conservative Party since 1985. After graduating from Law School in 1988, I moved to London where I became active in the Borough of Westminster and was elected to the Council in 1994 and re-elected in 1998. During my time as a councillor, I chaired the Planning Development, Environment and Social Services Committees. In 1997, I stood for Parliament in the Labour held seat of Oxford East and was first elected to represent the Huntingdon constituency in 2001 and then re-elected in 2005, 2010 and 2015.

I have served on the Trade and Industry Select Committee, where we held enquiries into new business regulations, security of energy supply, manufacturing productivity and the performance of the Post Office. I have also served on a number of Standing Committees (which review proposed new bills) such as the Adoption and Children Bill Standing Committee, which dealt with the technically complicated, yet delicate issues concerning adoption. In 2006, I led the Opposition team on the Companies Bill - the longest piece of legislation ever!

Between May 2004 and May 2010, I worked on the Conservative front bench as Shadow Solicitor General, where I assisted our Home Affairs and Ministry of Justice teams on issues such as House of Lords reform, the Supreme Court, criminal law and voting regulations. Between 2005 and 2010 I also worked as a shadow DTI (now DBERR) minister - dealing with corporate governance and business regulations.

Following the formation of the Coalition Government in May 2010 I served until 2012 as the Parliamentary Under-Secretary of State at the Ministry of Justice. This role came with a wide range of responsibilities such as the oversight of Legal Aid and Legal services, HM Courts Service, as well as the Criminal Cases Review Commission.

With one of the fastest growing populations and business sectors in Britain at the current time, it is a very exciting period for Huntingdonshire, which presents local people and businesses with big challenges, as well as great opportunities.

Whilst more people will require new housing and access to local schools and the Health Service, I will continue to campaign for local councils to decide on housing priorities and the need to retain the attractive local environment, which we currently enjoy in our towns and villages. Inadequate roads will affect people's mobility and stop businesses setting up in the constituency, which is why I will continue to work for improvements to local roads, such as the A14, A1 and A428, as well as a better public transport system. Improving people's security against crime and local health facilities, including Hinchingbrooke Hospital remain strong priorities for me.

Joining Huntingdon Constituency Conservative Association makes you part of the most open and democratic political party in the United Kingdom.

If there is a national or local issue that you would like to raise with Jonathan, please feel welcome to use the following contact details;