Jason Ablewhite re-selected to fight in 2020 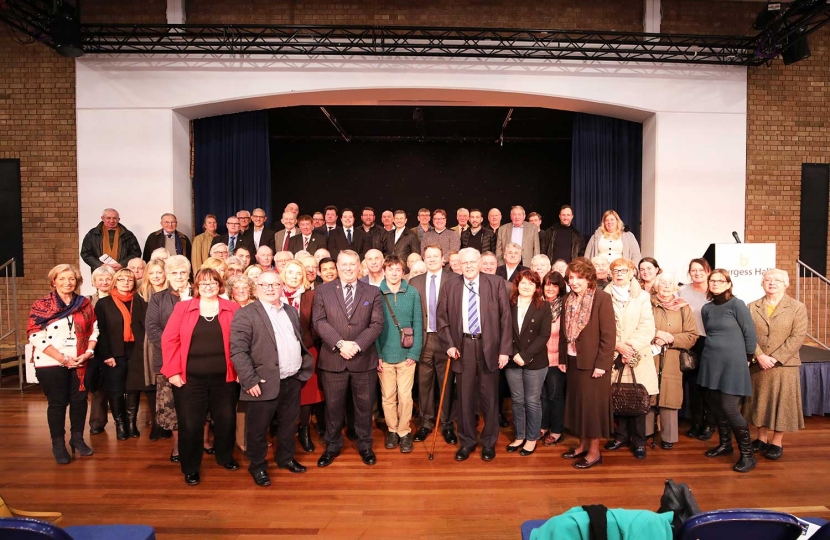 Jason Ablewhite has been re-selected by the Conservatives to fight the 2020 Police and Crime Commissioner elections in Cambridgeshire at a meeting of members in St Ives last night (Tuesday 22 January).

Mr Ablewhite, the current Police and Crime Commissioner for Cambridgeshire and Peterborough, was first elected in May 2016 to succeed Sir Graham Bright and still has nearly eighteen months of his current term remaining before voters go to the polls again.

Members of the Conservative Party from across Cambridgeshire gathered to hear Mr Ablewhite speak and take questions at the Burgess Hall in St Ives, before a secret ballot confirmed his candidature.

During his time in office, Mr Ablewhite has appointed a new Chief Constable, Nick Dean, and driven through several new initiatives, including increasing officer numbers by recruiting an additional 105 constables across Cambridgeshire last year.

Following his re-selection, Mr Ablewhite said: “It is a huge privilege and an honour to have the continued support of Conservative members in Cambridgeshire.

“Being the Police and Crime Commissioner has been one of the most fulfilling and fascinating roles of my life. I am delighted to commit myself to the campaign ahead and ensure we continue to protect frontline policing while coming together across the public sector to support and protect vulnerable victims of crime”.

Jason Ablewhite was elected Police and Crime Commissioner for Cambridgeshire on 05 May 2016 and started the role on 12 May 2016.

He has a strong sense of public service, having served as a District Councillor in St Ives for 16 years, and spent the last five years as Leader of Huntingdonshire District Council. He also served as Mayor of St Ives in 2005.

Jason has lived in Cambridgeshire all his life, growing up in Bar Hill and Dry Drayton and has lived in St Ives since 1992 with his wife Annette and two sons.