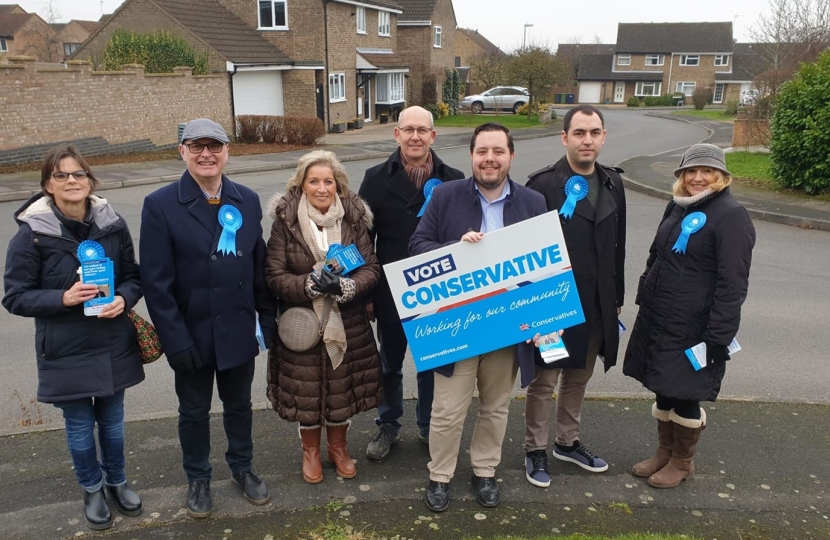 Cllr Roberts secured 558 votes, topping the poll by a margin of 129 over the independent candidate, with both the Labour and Liberal Democrat candidates trailing far behind. The total turnout for the By-Election was 23.6%.

Following the result, Cllr Roberts said: "I am delighted and honoured to have been elected to represent St Ives East.

"I want to thank everyone who supported my campaign and all those who braved the clod and opened their doors to discuss their concerns over the last few weeks,

"Now, it is my utmost priority to ensure their trust in me is repaid. I'm looking foreatrd to getting started and working alongside fellow conservatives to oppose unnecessary development and secure the funding or the infrastructure improvements we need."

Executive Leader of Huntingdonshire District Council, Cllr Ryan Fuller, added: "I'm pleased to welcome Adam to the council and know that he will be an active ward councillor and a strong voice for St Ives East.

"As a St Ives Councillor myself, I look forward to him joining the strong team of St Ives District Councillors as we continue to work to deliver investment and improvements to the town."

The Prime Minister's statement on the death of His Royal Highness The Prince Philip, Duke of Edinburgh