Attending both Thorndown and St Ivo Schools, Ryan has built a life in St Ives, living and working in the community as well as supporting local groups, including raising thousands of pounds  to keep enhancing and improving the town’s Christmas lights as the Chairman of the Chistmas Lights Committee.

He has also served as Chairman of St Ives in Bloom for five years and remains a director and company secretary of St Ives Town Initiative since 2008, working to deliver events and projects such as the Italian, Continental and Christmas markets, SuggeStIves magazine and the promotion of local businesses.He is also passionate about protecting some of St Ives most important community assets, serving as a Trustee of the Norris Museum and as Chairman of the Property Committee during the Corn exchange renovation project.

The Future High Streets Fund (FHSF) bid for St Neots is one step closer to becoming a reality after the Council’s Cabinet meeting on Thursday 13th February.

This week (11 October), Huntingdonshire District Council (HDC) agreed a one-off payment of £80,000 to secure the leisure provision in Sawtry, across the next two years. 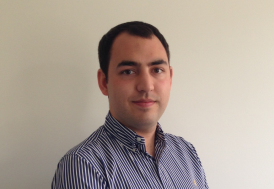