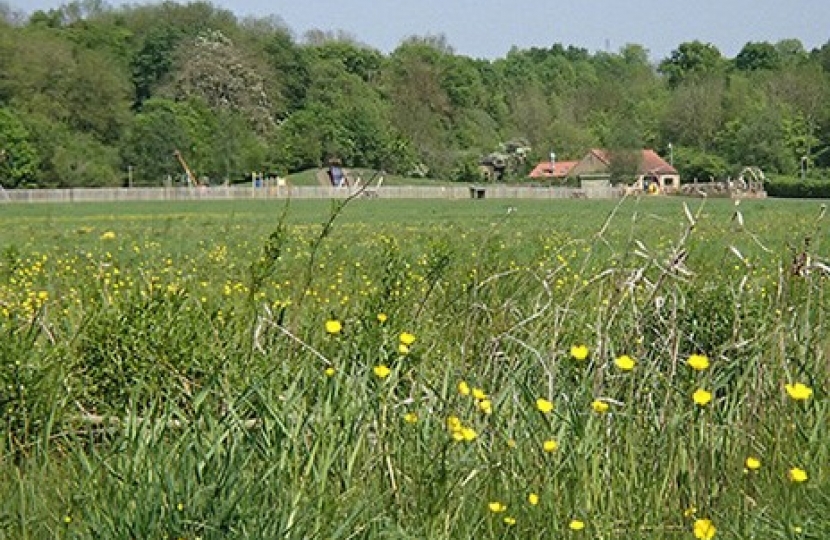 The 2018 Huntingdonshire Conservative's Manifesto promised to achieve National Green Flag status at both Hinchingbrooke Park and Paxton Pits, and they will maintain that status this year. Priory Park has held Green Flag status since 2017.

The National Green Flag award scheme, run by charity Keep Britain Tidy, recognises and rewards the best parks and green spaces across the country. The award celebrates Huntingdonshire District Council’s commitment to delivering high quality green open spaces for recreation and health, where we choose to live. The award assesses accessibility, community involvement and cleanliness as well as safety and security.

"Each flag honours the thousands of staff and volunteers who work tirelessly to maintain the high standards demanded by the Green Flag Award. We congratulate each and every winner on their fantastic achievement."

HDC Head of Operations, Neil Sloper, added: "We are delighted that three parks and green spaces in Huntingdonshire have been officially recognised with the prestigious Green Flag Award again. I want to thank the community groups, volunteers and our Operations Teams for their collaborative work in making this possible, and it demonstrates the continued priority the council places on our valued green spaces for the benefit of all who live, work and visit Huntingdonshire."