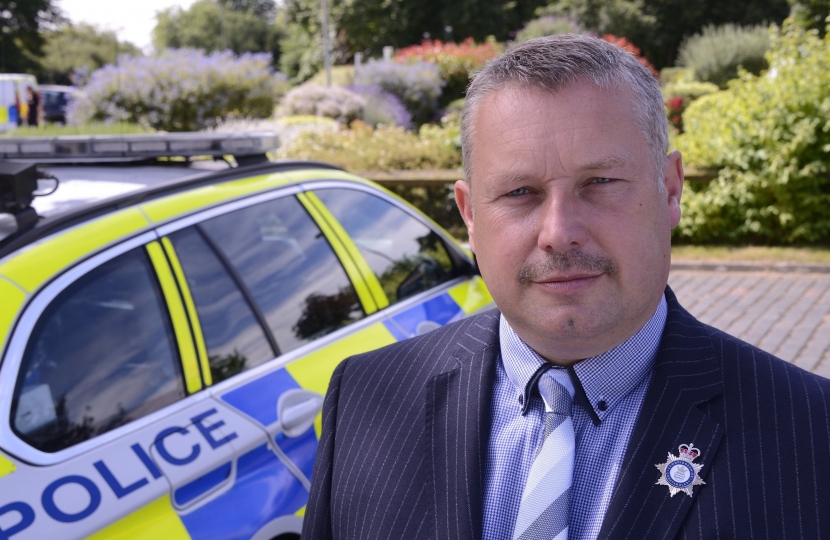 In the last four weeks, over 2,000 people have responded to a public survey run by Police and Crime Commissioner, Jason Ablewhite, asking if they would be prepared to pay more in council tax for policing.

“It is important that I listen to people’s opinions when making key decisions such as how to fund our police service. As I said when I launched my survey, demand on policing continues to grow and whilst Cambridgeshire is a safe county, police now have to spend more time tackling ‘hidden crimes’ such as domestic abuse, child sexual exploitation and modern day slavery. They also spend time helping those in mental health crisis, all of which means resources can be stretched.”

“Added to that, our county’s population is set to rise by 20% by 2031 therefore it is vital we have enough resources in place to police our county.

“A clear theme amongst respondents to the survey was that people were prepared to pay more if the money was spent on neighbourhood policing.  I can give my assurance that the additional money raised through this year’s council tax will be used to recruit 50 new warranted officers.

“I would like to thank everyone who took the time to respond to my survey.”

The results of the survey were today (Wednesday 30 January) presented to the Cambridgeshire Police and Crime Panel who also supported the proposal.

The new council tax rate will come into effect from 01 April.

A link to the Police and Crime Panel’s decision can be found here:https://democracy.peterborough.gov.uk/ieListDocuments.aspx?CId=543&MId=4212&Ver=4