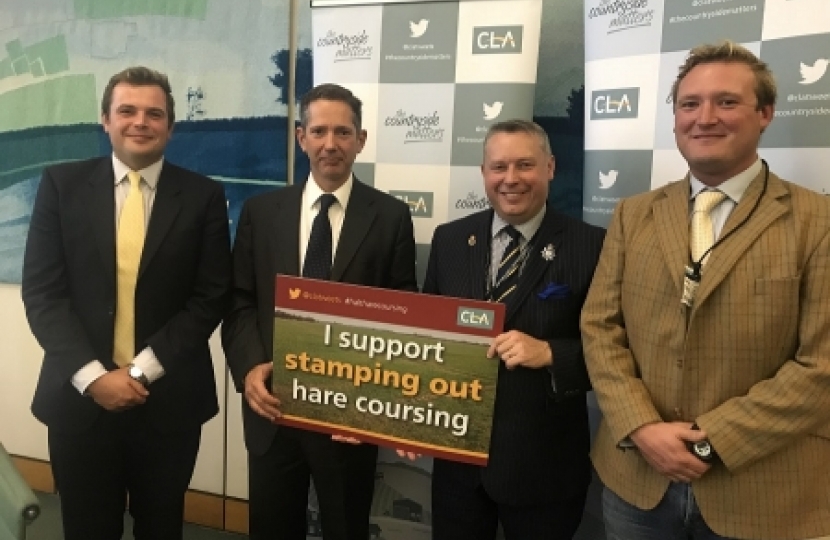 Both Mr Djanogly and Mr Ablewhite spoke at an event organised by the CLA as part of it's #HaltHareCoursing campaign.

Hare coursing has now been illegal for more than a decade, but most offenders are  prosecuted under the 1831 Gaming Act.

Mr Ablewhite said that prosecutions “typically attract low fines” that are “often vastly outweighed by the money set aside by perpetrators to gamble with”.

He added: “I’m calling for a national conversation on hare coursing to ensure we can put the right deterrents in place.