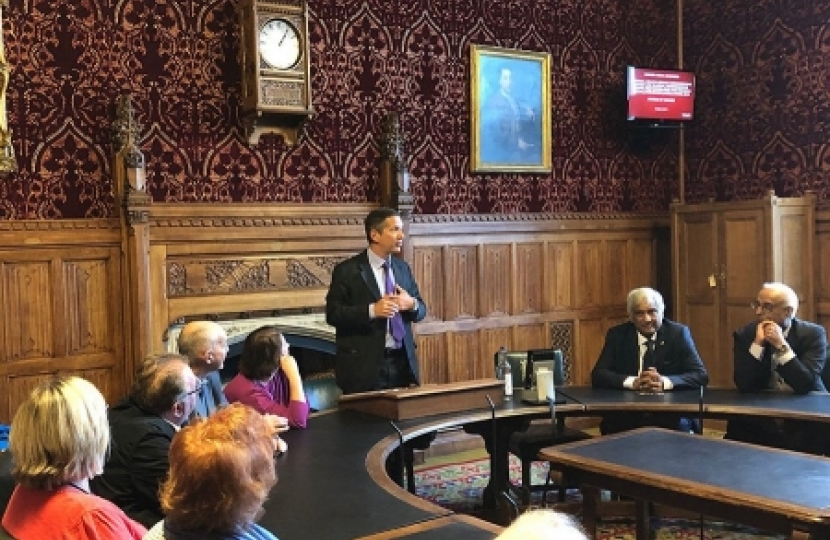 Jonathan Djanogly welcomed representatives of the Cambridgeshire and Bedfordshire Federation of Small Businesses to Parliament earlier this week.

The meeting was held in the Houses of Parliament and included several other regional MPs, alongside 40 representatives from businesses across the Federation area.

During the meeting, matters relating to small and medium-sized enterprises in the East of England were discussed, including regional transport infrastructure such as the A428 and Brexit.