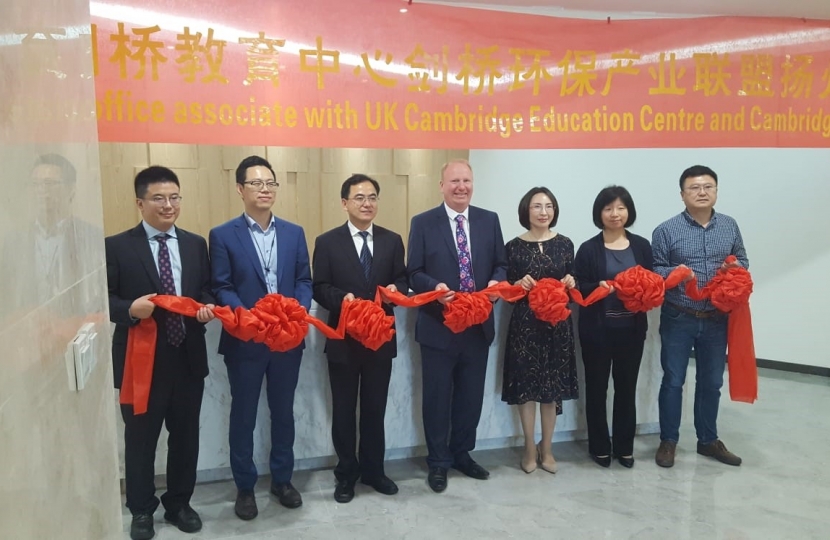 For the last three years, Cllr Count, and County Council chief executive Gillian Beasley have been developing relationships with foreign investors interested in Cambridgeshire, including working closely with Martin Garrett of Cambridge Cleantech and Dr Chenguang Sun from UK Cambridge Education Centre to develop a strategic agreement which encourages local companies and investors to collaborate with Chinese companies and investors and vice versa – boosting economic opportunities for Cambridgeshire.

As the next step in developing the agreement Cllr Count and his wife were invited by the Chinese to make a fact finding trip to the cities of Yangzhou, Guangzhou and Shenzhen, entirely funded by the Chinese partners. Cllr Count used the trip to secure the opening of a Cambridgeshire office in Yangzhou City in Jiangsu province - a city soon to be connected by high speed rail link with the neighbouring global trade powerhouse Shanghai.

he new office, comprising an entire floor of a 1.2 million sq.m. building in the High Tech quarter, is entirely financed by Chinese businesses and Chinese local government for three years with no obligations. This will be available for the future use of Cambridgeshire businesses and new start-up companies – particularly those focussed on areas being promoted by Cleantech such as transport, communication, air quality, and resource efficiency; smart cities, energy, and construction.

Cllr Count was delighted with the success of the mission and has invited high level representatives from the Guangdong Province on a return visit to Cambridgeshire in July, providing an opportunity to continue high level strategic talks on potential areas of mutual benefit and collaboration. Guangdong has a population of 118 million and GDP of one trillion sterling. 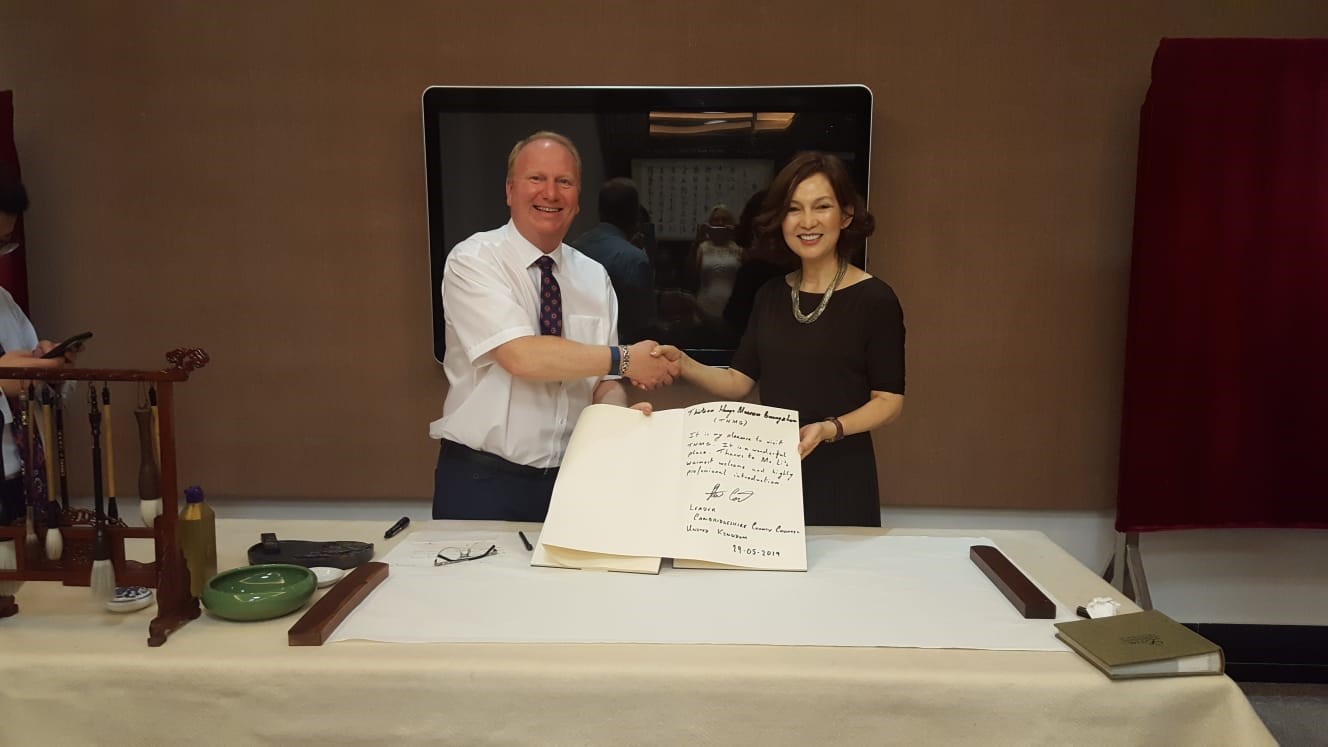 Cllr Count said: “Cambridgeshire has a global reputation as a hub for innovation and development, and many areas of the world are very keen to build stronger links with us. We already have good relationships with China through the very many business people who have completed their education here.

“This exciting opportunity I believe will result in even more lasting benefits for the people of Cambridgeshire – with the potential to open up new avenues for jobs and prosperity - and for partners in China, who are eager to invest in and benefit from our expertise.

“I am particularly pleased that productive talks centred around our Cleantech industry. As I pointed out in my environment and climate change motion to Full Council in May, Cambridgeshire is at the forefront of Cleantech in the UK and this Chinese interest in financial, scientific and technical collaborations demonstrates that.”