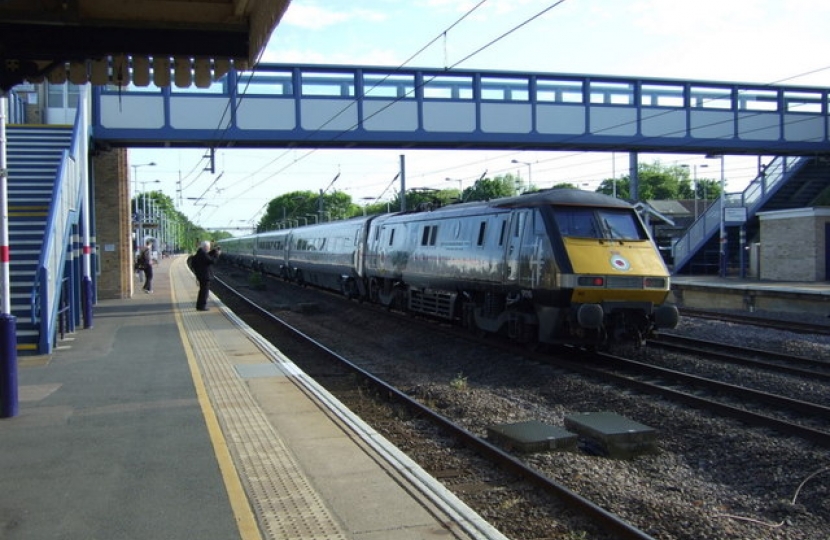 Local Conservatives have supported two of the proposed routes for an East-West Rail Link which would see the creation of a new railway station for St Neots.

There are five options for the new route, with routes B and E both including stations south of St Neots and Cambourne, while other routes recommending a route via Sandy.

If a route is selected which includes St Neots, it would link to the town with Cambridge and Bedford, en route to Oxford.

Huntingdonshire District Council made its comments known during the ‘East West Rail Bedford to Cambridge Route Option Consultation’, which closed on 11 March.  The Council felt it was important to feedback and shape what it is keen to ensure is an ongoing, positive dialogue with the East West Railway Company.

The consultation did not make clear what scale of growth would be needed to support any one of the five proposed routes, and it is not currently possible therefore to say whether such growth could be physically accommodated, or whether it would be environmentally or socially acceptable.  The Council was however keen to make clear that it welcomes additional development, provided there are specific identified benefits to Huntingdonshire that outweigh the additional costs.

Councillor Ryan Fuller, Deputy Executive Leader and Executive Councillor for Housing, Planning and Economic Development said: “What must not be missed during this process is the opportunity to deliver future sustainable growth and improved transport opportunities for existing communities such as St Neots. It would be a mistake to consider this as a simple cost/time efficiency solution.  East West Rail will be a significant transport intervention in our area and we must therefore ensure that the route chosen best serves our existing residents.

"Along with the A428/A421, a route south of St Neots would provide a key, single, east-west transport corridor along which to concentrate connected, sustainable growth, and provide enhanced public transport options.  A single road, rail and metro corridor also has a further important benefit in that it significantly reduces the visual and environmental impacts compared to having two entirely separate transport/growth corridors.  We look forward to continuing dialogue with East West Rail Company as the project progresses.”

Meanwhile, Huntingdon MP Jonathan Djanogly responded to the route option consultation in a letter, supporting routes B and E.

The letter can be read in full here.

The consultation work, which is due to be finished by 2020, is supported by the Government, which has committed £20million of public funds for East West Railway to develop a strategic outline business case.