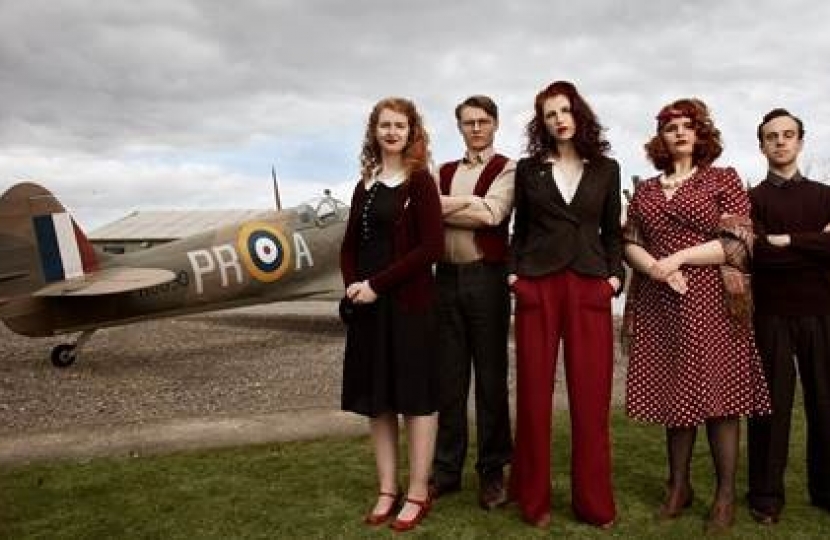 'The Library Presents’ is back for a new brilliant season of arts in Cambridgeshire libraries this autumn and tickets go on sale today.

The Season starts on Saturday 21 September - taking high quality, affordable arts activities into the heart of towns and villages across the County - until Saturday 15 December.

Nearly 400 local people took part in selecting performances and activities for this new season, shaping a tailor-made programme for each participating library. There is something for everyone, whatever their age and interests, including dance, lots of music to brighten-up the winter evenings, puppetry, magic, comedy and theatre.

There is also a great variety of arts and craft workshops, including arts, drama, lantern making, print making and even science. Other workshops will explore objects from the University of Cambridge Museums’ collections, or help with improving performance skills while discovering the art of African Township Theatre.

Twenty-three libraries across the county are involved this season, including local libraries in Huntingdon, St Ives and St Neots.

The Library Presents’ first ever international performers are travelling from Thailand to Huntingdon to share ‘Mahajanaka Dance Drama’; a show based on one of the oldest surviving folk tales in the world retold through dance, music and animation.

Another theatre highlight is ‘Greyhounds’ by the up and coming Time and Again Theatre Company (pictured above), who will bring their clever and charming production to St Neots. Set during WW2, the story tells of a local drama company battling to overcome the war raging in the skies above them, as well as the tribulations of village life, to stage a production of Henry V.

Councillor Steve Criswell, Cambridgeshire County Council’s Chair of Community and Partnership Committee said: "I’m very much looking forward to the new 'The Library Presents' season. Our libraries are fantastic places to explore new worlds and open your horizons so delve into the programme to be surprised and discover something new.

“There are so many different arts activities this autumn including theatre and music performances, puppetry and comedy for families and workshops that appeal to young people as well as adults. I am personally looking forward to the Virtual Reality workshop and the Mazaika music performance, which I’ve heard is exhilarating.

“I would advise booking as soon as possible as some of the events last year were a sell-out. I would also urge people to go along to their library between 9 September and 11 October to have their say on the content of the following Spring season’s programme.”

'The Library Presents’ is funded by Arts Council England and managed by Cambridgeshire County Council working with Babylon ARTS.