Commissioner urges motorists to stick to A14 limits 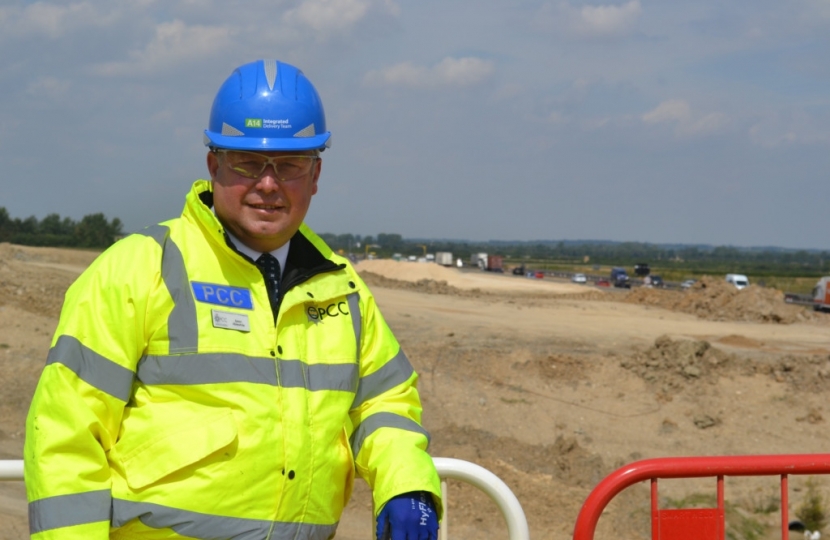 Jason Ablewhite, Police and Crime Commissioner for Cambridgeshire and Peterborough, has joined forces with Highways England and Cambridgeshire and Peterborough Road Safety Partnership to highlight the dangers of speeding through the major road upgrade scheme on the A14 after more than 7,000 speeding motorists have been clocked going through roadworks on the A14 and the A1 since the beginning of the year.

4,500 drivers were caught exceeding the temporary 40mph speed limit in the last six months, while at least 3,000 more speeding tickets were issued on the A1 where traffic management schemes are in place because of the A14 work.

Highways England said there had also been a mass of serious incidents and near misses, with motorists driving in to coned-off areas to physical and verbal abuse employees who were working there. Nationally, there were nearly 300 such incidents of incursions and abuse reported by road workers.

Mr Ablewhite said: “Whilst the majority of drivers obey the speed limits, the few who don’t put their own lives and those of road workers at risk. Everyone has somewhere to be and by a certain time, but arriving safely to your destination is better that not arriving at all.